Harakiri Farmers is an artistic initiative of Wojtek Klimczyk and Dominika Knapik. It is a space in which diverse projects are created – sometimes a choreography, sometimes a show, sometimes a film. It all started in 2008 with „Keret”, performative experiment performed in swimming pool. Since then Harakiri Farmers has been successful enoug to present their works at home and abroad. They visited, among others, Wroclaw, Poznan, Aarhus and Kaunas. HAFA has no leader, no seat and no steady subsidy. In 2011 Wojtek and Dominika co-founded Association for Humanistic Initiatives in Arts „Sztruks” hoping to make their working conditions better one day. Yet they are perfectly aware it will not happen soon. In the long run it is, as Michał Gradowski put it, just a „painful harakiri performed with a blunt blade” (Gazeta Wyborcza Poznan) 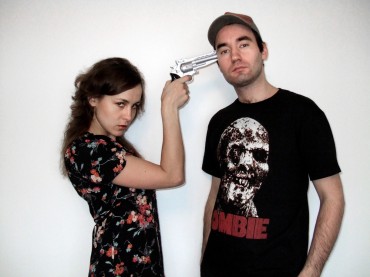