In „Beat Hotel” Harakiri Farmers create a world saturated with images taken from American tradition. The duet is mainly inspired by Beat Generation literature, especially Allen Ginsberg’s „Kaddish”, a very personal poem dealing with the themes of madness and death. Yet, there are numerous other references to American pop-culture in the show which include gospel, Wild West, postmodern dance, rock’n'roll and even Martha Graham…
Kaddish, the traditional Jewish prayer for the dead, is said in moment of transition, passage from one state to the other, from life to death. As such it can be treated as creation of special space „in between”, where anything can happen. In „Beat Hotel” HAFA invites the audience to enter such space where madness, nostalgia and hope meet.
The duet is an attempt to look at death not only from the perspective of an individual history but also to reconstruct how civilization can grow, wilt and die. If Beat Generation literature as a whole could be seen as a kaddish for the good old America of suburbian utopia, then Harakiri Farmers asks the question: what kaddish for good old America would be like today?

„Beat Hotel” was produced by Mandala Performance Festival and Poznan of Poets Festival. 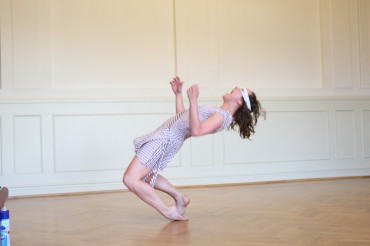 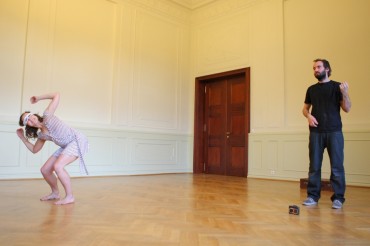