„Keret” is a theatrical performance inspired by short stories of Etgar Keret. whose imagination – absurd, ironic and so contemporary – Harakiri Farmers want to juxtapose with extremely ambiguous space: the synagogue at ul. Woroniecka, which is now the Municipal Swimming Pool.

The pool is a space in which Lifeguard, Girl and Actor 2 meet and share their passion for telling stories with each other and with the audience. The spirit of Keret is omnipresent: the show uses ironic shortcuts of modern mass media to present brutally logical and seemingly banal stories which not too seldom end with lyrical punch. The goal is simple but ambitious: to give a diagnosis of modern man, no longer capable of romantic feelings and great passions, who is left only short stories, trivial situations and existential sketches. 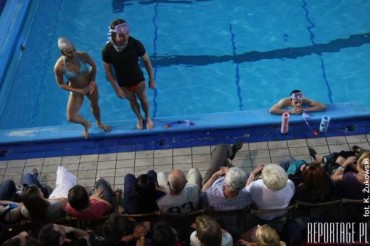 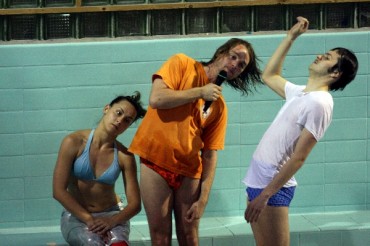